August 4, 2017 In Dramatherapy By Lou Ghirlando

Jennifer Grech finds, that for people with eating disorders dramatherapy is an opportunity to explore thoughts, feelings and relationships.

Unlike what some think, eating disorders are not some whimsical pursuit of teenagers fuss- ing about their appearance. Rather, eating disorders are complex mental health prob- lems – they deal with emotions and are char- acterised by negative thoughts, perfectionism, obsessiveness, cycles of control and self- punishment, as well as low self-esteem, depression and often self-harm.

According to a recent survey conducted by the National Statistics Office, nearly one per cent of people in Malta are affected by one or more of the three main kinds of eating disor- ders – anorexia, bulimia or binge eating. Eating disorders can affect anyone: the NSO survey shows that the majority are aged between 16 and 50 years.

Eating disorders can be fatal, with anorexia nervosa having the highest mortality of all psy- chiatric conditions in adolescence. They most commonly develop during adolescence, are long term and one-third of those diagnosed become chronic.

Individuals suffering from eating disorders often have a high relapse rate. It may be difficult to treat these individuals because they tend to view their disorder as purely physical, involving only their body, not their emotions. Moreover, they often see themselves as alone and find it difficult to connect with others and maintain stable relationships. Thus, treatment goals could be to increase awareness and comprehension of why they behave in certain ways, as well as to experience emotions in a concrete manner in order to attain a greater whole sense of self. Drama therapy may be useful to achieve these goals.

“Drama therapy is supportive in the healing process of persons with eating disorders through the creative and often non- verbal tools that accompany language,” Lou Ghirlando, a UK-registered drama therapist, said. Ghirlando is taking part in The Dramatic BodyMind, a project being implemented at Dar Kenn Għal Saħħtek – the centre for the treatment of eating disorders and obesity – and funded by the President’s Award for Creativity.

Asked to give feedback on the sessions, one participant said: “During this session, I use drama, drawing and storytelling to identify how I am feeling. Through these means I manage to express emotions that I wouldn’t know are there. For once we would be doing it in a ‘light’ way too and not through words and seriousness that would be important for other situations and sessions.” For another, the sessions hold “the chance to express yourself and for there to be some- one who is ready to stop to listen to you and empathise”.

Drama therapy incorporates different theatre-based interventions with therapeutic intention. It is defined by the Health and Care Professions Council of the UK as “a unique form of psychotherapy in which creativity, play, movement, voice, storytelling, dramatisation and the performance arts have a central position within the therapeutic relationship”.

Drama therapy may be executed with either individuals or groups. A variety of techniques, such as the use of props, masks, music, physical relaxation, imagery and movement may be utilised. “Many exercises that we use in drama therapy are similar to what any theatre-maker, actor in training or drama educator would use,” Ghirlando said.

The difference is that in drama therapy, the process carries psychological intention and the therapist works alongside the client to sup- port what they may need at a particular time in their life such as expressing emotions, developing relational ability, growing in awareness of themselves and nurturing their potential body. The key to the drama therapy process is the relationship that is developed between the drama therapist and the clients, so that it feels safe and trusting, Ghirlando noted.

Following a 10-session drama therapy pilot project at Dar Kenn Għal Saħħtek in 2015, Louise Ghirlando and her colleagues decided to collaborate and pitch for funds from the Premju tal-President Għall-Kreattività. The fund provides recognition and support at the highest level of the State to organisations, especially those working with vulnerable and disadvantaged groups, to engage these groups in creativity and arts-driven projects and thereby increase their level of integration and engagement in society. The team at Dar Kenn Għal Saħħtek were successful in being awarded the funds to run a weekly group session between January and November of 2016.

The drama therapist meets individually with each patient once they have entered the programme and before they join the group. This supports the development of the therapeutic relationship and allows for easing into the group since people join – and leave – the group at different times according to the period in which they are following the programme. This individual meeting also allows space for the identification of any specific needs before a patient joins the group, and highlights any concerns with the team where drama therapy maybe contraindicated.

The project was named Dramatic BodyMind to highlight the body-mind integration that is supported by a drama therapy process and which is the place where the disorder manifests. The sessions engage in an opening and closing greeting and check-in process that are the same every session. The familiarity of the structure and the boundaries support the developing safety and trust in the process.

Sometimes clients have difficulties in relationships, which might appear, for example, as difficulty with trust. The therapist would help heal this aspect of their being through the therapeutic relationship – this is then carried back into the client’s daily life. In drama therapy, the dramatic process is not intended to peak in a performance. There is no finished product to work towards and no outside audience in front of whom to perform. Rather, the group members and therapist take on the role of an audience. Because drama therapy engages body and mind, the process works towards healing the connection. “For example, we often use sensory exercises that allow a person to reconnect relationally,” Ghirlando said.

As clients move through different stages of recovery – becoming more comfortable with the drama therapy process – a process of dramatic play and improvisation can support them to discover new ways of being in their body. The disorder manifests through rigid ways of being in the body. Ghirlando added that “dramatic play also supports developing a more spontaneous way of being that is essential for day-to-day healthy functioning.” The process is gradual and the therapist works through different stages with clients.

The experience of engaging creatively through the body can be seen as threatening, especially when accompanied by the notion of being watched that comes with drama. Working in the body and the feeling of being seen touch upon the most sensitive areas for people with eating disorders. Hence the use of distancing and projective techniques – such as working through images and stories, and working through external media such as cloth and plaster – before moving into dramatisations. “Also, for a person to engage in drama therapy, they need not have any previous experience of theatre or any other art form,” Ghirlando pointed out.

Another participant in the The Dramatic BodyMind project said the drama therapy sessions have been important. “Someone who doesn’t know how to express herself, like I was, especially about the eating disorder, can do this through other tools. I admit that at first I used to get bored because I didn’t like drawing or doing activities where I had to express myself. However, in the process I realised that, through these creative means, I began to feel more confident and had the chance to reflect on my emotions in a different way.”

What makes drama therapy unique may potentially help individuals with eating disorders. It allows for alternative ways to explore thoughts, feelings, social roles and relationships. However, these same characteristics may also hinder the therapeutic process. When drama therapists are engaging with individuals with eating disorders, they should be concerned about the difficulty individuals may have, including low selfesteem, trusting their ability to participate in a role play, and feeling like they are at the centre of attention through being watched. The drama therapist would be aware of these difficulties and would move through the drama therapy process in an appropriate way to support the client.

One participant said that through the process, she found an alternative way to express herself. “I now use my creativity, which is something I used to be scared to do before because of my fear of being judged.”

Article by Jennifer Grech as seen on the Times of Malta, 30th September, 2016.

The Project Dramatic BodyMind was made possible with the support of the Premju tal-President Għall-Kreattività, an award managed by the Office of the President and Arts Council Malta. 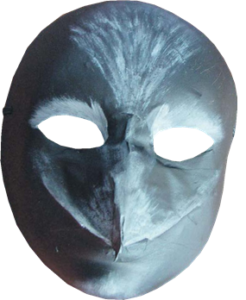