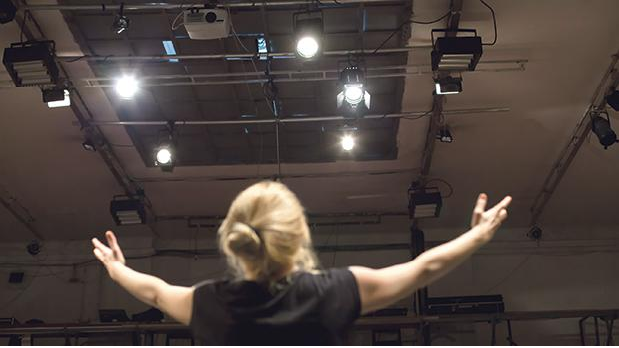 March 13, 2018 In Dramatherapy By Lou Ghirlando

Domestic violence survivors cannot always explain in words how they have been broken by the abuse. So some have turned to dramatherapy, finding in that activity the trust, care and lack of judgement they so badly missed in their abusive relationships. Sarah Carabott reports.

Sherise* had never imagined that she would one day suffer the brunt of domestic violence, as she believed the abuse was limited to a certain type of woman.

But she ended up at the receiving end of physical and psychological abuse from the person in whom she had invested all her energy – and for a time lost all belief that there could be any caring people out there.

Then she took the path back to hope.

“For years, I had invested all my love, energy and time in a person who chose to hurt me rather than reciprocate the investment. But through dramatherapy I have met people whose paths had never crossed mine, but who are caring and willing to give a helping hand.

“I was finally convinced that there are thoughtful people out there who can guide me and show affection without expecting anything in return.”

Her quest for recovery started five years ago, when Sherise left the abusive relationship just as her daughter was turning two. The last thing she wanted was for the child to be exposed to violence or the risk of being subjected to it.

Some believe that getting married or having children will ‘fix’ the abuse. But as often happens, things only get worse. This is just what happened to Sherise.

The red flags were there before the marriage. The beatings – illustrating the perpetrator’s sense that he now ‘owned her’ – started afterwards.

“Your whole character changes, you are cut off from family and friends and you end up living in a vacuum,” recalls Sherise.

“Once I realised that it was jeopardising my daughter’s safety, I decided I had to leave.”

She feels that she can never completely cut the ties with the perpetrator, because their child is sometimes used by her estranged husband to get back at her.

The weekly sessions allowed her to forget about everything else and enter into a ‘bubble of positivity’ for two hours
“I want to draw a line and say we are over, and that he will not break me. But just like what used to happen at home, he lies low for a while, and then resurfaces, through some legal letter, over an issue about the upbringing of our daughter.”

The unpredictable separation proceedings, combined with having to juggle work and being a single parent, often turn a survivor’s life upside down.

Sherise found some sort of stability through the therapy coordinated by Soar, a user-led service of the St Jeanne Antide Foundation.

“Since the dramatherapy sessions were always held on the same day and at the same time, I had some sort of structure in my life. At the same time, I met people who had experienced similar issues, so they understood me without the need of recounting my experience and risk feeling judged.

“We all came from different backgrounds, our paths had never crossed, and yet we could relate.”

The dramatherapy sessions formed part of ‘Create, Integrate, Liberate’, a project designed by Soar, which was supported by the President’s Award for Creativity managed by Arts Council Malta. They were coordinated by Elaine Compagno, who leads Soar, and facilitated by dramatherapist Lou Ghirlando.

For Sherise, the weekly sessions allowed her to forget about everything else and enter into a “bubble of positivity for two hours”.

One of her favourite sessions was visualising an image of empowerment and then enacting it by posing as a statue, which at times needed the support of the others as they had to prop her up – something that was lacking in her abusive relationship.

In another session, the women had to mirror each other and she realised that she did not smile much. “It made me reflect on my reflection, if you know what I mean,” she says, smiling.

People can get in touch with Soar on soarmalta@gmail.com

How do you link domestic violence with dramatherapy?
“Dramatherapy is not about the final performance. Instead, we borrow the process that actors use to create a performance and through this form of psychotherapy we tap into people’s potential for personal growth,” dramatherapist Lou Ghirlando says.

By using the tools needed for a performance, such as the narrative, images, costume and a voice, the clients re-enact a story about emotions, tension or interactions that connect with their everyday life experience.

“Since dramatherapy is an indirect approach to face your demons, you feel safe since you are not directly pointing fingers at anyone. You can indirectly explore your feelings at a time when you are still coming to terms with the abuse you suffered,” she adds.

People might think that drama is superficial, however, through its playful nature, the clients can bypass their daily life inhibitions and connect with their deeper self.

Moreover, the fact that they are in a group, rather than one-on-one therapy, could create what the women themselves describe as “a strong sense of sisterhood”.

The women in this case are survivors of domestic violence and maternal alienation, a strategy of abuse in which the perpetrator holds power over the children, alienating them from their mother.

Sherise explained that sometimes, the simple act of expressing their feelings while holding a candle which they then passed on to each other, allowed them to ‘share the weight’ between themselves.

In their own words
“I found great comfort in realising that there is nothing wrong in seeking help and support. Since the other participants have had similar life experiences, they all gave support in ways that people who haven’t couldn’t.”

“Dramatherapy enhances a very vivid form of expression of the subconscious self.”

“I got out of my comfort zone. I felt empowered. I was no longer the victim, but I was doing creative and fun stuff that I could do or use later in life.”

“It was a reflective way of getting in touch with my inner feelings and it was a growing experience of self.”

*name has been changed

Article by Sarah Carabott as appeared on The Sunday Times of Malta 18th February, 2018

Image: Shutterstock as published on The Sunday Times of Malta 18th February, 2018